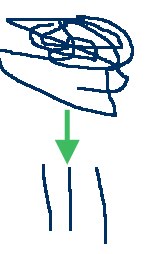 There are two things that a TAGteacher needs to be successful. These are skill in applying the technology and faith in the technology. The skill comes from having a good understanding of the principles underlying the science of behavior, having a good understanding of the principles of TAGteach and lots of tagging practice. The faith comes from experience and seeing it work again and again and just knowing that it works.

Denise Blackman posted a story to the TAGteach Yahoo group that gives a perfect illustration of the combination of skill and faith resulting in a successful outcome.

I work as a consultant to a preschool program for children with autism. Yesterday we were discussing one of the kids, “Robert”, an almost 4-year-old boy who does not currently speak, make eye contact, imitate, play with others, or follow most directions.

One of the many things “Robert” is working on is writing. His writing goal is to draw a vertical line. Unfortunately he wasn’t making any progress on the goal. Rather than trying to copy the line, he just scribbled on the paper. We decided to try TAGteach with him.

To prepare I made a stencil of a vertical line. The opening for the pen was big enough for two swipes with a thick marker. The stencil material was slightly thicker than a file folder. It was just thick enough to give a bit of direction to the tip of a marker but not much. I covered all but the opening of the stencil with laminating plastic so I could clean off stray ink marks. The idea was to use the stencil over white construction paper in order to provide good contrast between the stencil, the pen marks, and the paper.

Today did not seem like a great day to give the procedure a try. Robert was not in a good mood. He kept crying and throwing things, and it wasn’t clear what he was upset about. But I decided to try anyway. At one point he tried to take a juice container from the counter so I knew I had access to something he wanted.

So: I gave Robert a sip of juice and tagged him. Then I showed him the marker which he took and threw across the room. I tagged him as soon as he touched it, ignored the throw, and gave him a sip of juice. I offered the marker again, tagged a slight touch, and reinforced again. This first bit (reinforcing for any touch, ignoring tantrums) probably lasted less than a minute but it felt long. Then he took the marker by himself and held it in a writing position. Tag! Then he scribbled on the paper and stencil: I tagged when the tip of the marker landed inside the stencil.

I can’t predict where Robert’s learning will go from here, but we sure found a teaching technique that works for him. I’m feeling excited about it and wanted to share.

Denise showed skill in the way she broke the skill down into manageable pieces, set up the learner for success and tagged and reinforced appropriately. The faith came into play when things did not go as expected at first and the child displayed undesirable behavior after being tagged. Denise just carried on, ignoring the undesirable behavior, sticking to her teaching plan and tagging the successes.

How I reduced screaming and verbal stimming in my child with autism by Martha Gabler, M.A.

What do you do when your child with autism is driving you CRAZY? 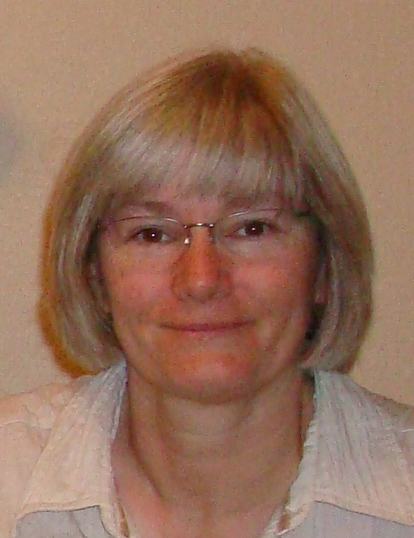 Joan holds a Bachelor’s degree from the University of Waterloo and a Master’s degree from McMaster University. She is a leader in the field of marker-based operant conditioning applied to human learning. She is a cofounder of TAGteach International and co-creator of the online course: Introduction to TAGteach.

I am a co-founder of TAGteach International and co-founder of non-profit Doggone Safe. I am co-owner of Doggone Crazy!, which produces the Doggone Crazy! board game, the Be a Tree teacher kit, the Clicker Puppy training DVD and several ebooks. I am co-author with Teresa Lewin of the book: Getting Started Clicker Training with Your Rabbit. I was a member of the faculty of the Karen Pryor Clicker Training Clicker Expo for 9 years and was a consultant and content creator for the Karen Pryor Academy for Dog Trainers.