Tink is a beautiful little girl with special needs who lives in the U.K. At age two, she had trouble touching things, a common form of sensory defensiveness, that led to problems with touching food and feeding herself. Her dad, Seany, found a gentle, incremental way to increase her ability to touch things, so that she can now feed herself.

Please note (1) the importance to Tink of having a “choice” as to what to do and when, and (2) that her dad used reinforcers that were pleasing to her. Also note: For American readers, “biscuit” means “cookie” and “crisps” means “potato chips.”

“Capturing” a behavior means “marking” a behavior with a tagger at the exact moment the child performs the behavior, and following up with a reinforcer; it does not mean “abducting” the child! Here is their story: 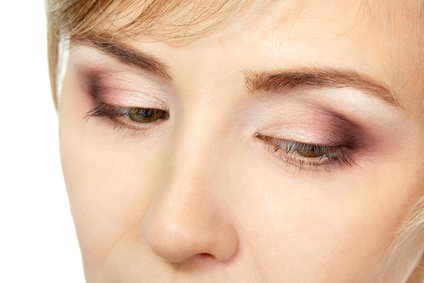 “Tink has gone from touching and stroking eyebrows to touching food and feeding herself. When professionals tried to teach her this, Tink stopped touching things and didn’t want to be touched. She had built up a negative association with this, as well as with other things, because of the hand-over-hand techniques that were used. Hand-over-hand techniques took away her choice. Building up behaviors by using choice is really important with my daughter. From simply teaching her to touch I had a behavior to build on.

Tink liked her dad’s eyebrows, so that’s where they started

By teaching one small touch I built up to the behavior chain of Tink feeding herself.  When I started off with the eyebrows, I simply captured it by sitting next to her and tagging her every time she touched my eyebrows.  I used her drink for reinforcement at first: so, every time she touched them, I tagged and gave her a bit of her drink. When she started to touch my eyebrows consistently, I introduced a cue for “touch” by adding the cue as soon as she touched; then I tagged and reinforced her again with her drink. I did this a number of times. Then I asked her to  touch, and she did exactly that and touched my eyebrows.  I reinforced this over the period of about two days where I would just sit next to her and ask her to touch.

From touching eyebrows to touching hand – in small steps

Then I started to ask her to touch my hand by placing my hand over my eyebrows. As soon as she touched my hand I tagged and reinforced; I used a stroke on her arm with a soft toy for the reward, as she likes the feel of something soft brushing against her arm or face. Every time I asked her to touch I moved my hand further and further from my face until, eventually, I was holding my hand up in front of her and she was consistently touching my hand. I carried on asking her and tagging her for touching my hand over a number of days, so wherever I moved my hand she would touch it.

From touching hand to touching objects – in small steps

Then I started to hold up objects in front of her face and asked her to touch them. The first couple of times she tried to touch my hand, so I didn’t tag her and just waited, all the while holding up the object (a plastic coin). Eventually she reached out and touched it, so I tagged and reinforced — this time with a little bit of a biscuit. I carried on asking her to touch objects held in front of her for quite some time over probably a couple of weeks. It helped just capturing her actions of touching other things by observing and tagging her when she was about to touch a toy or something on the floor.

The next time I sat down and did some work with her, my object was to get her to hold the plastic coin. I started off by asking her to touch the coin, which we did a number of times. I tagged each touch, then reinforced with a bit of biscuit. After a short time, I observed that she started to place her finger around the coin, which I thought was a good thing to use to my advantage. So, next time I tagged her a little later than just the touch, and waited until her hands were around the coin. I did this a few more times.  Then, as well as asking for “touch” I added a cue to “hold” as soon as she had her hand around the coin.  Within about 3 goes of this, she was successfully holding the coin herself. For a while I did the same as before, and just through observing her I captured her picking things up, and continued reinforcing the behavior and pairing with the “hold” cue. 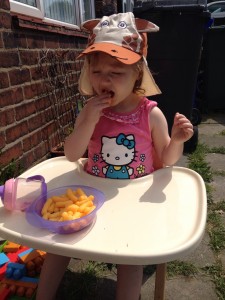 From touching objects to touching food

From touching food to eating food

I tried this again and put a biscuit on a plate on the floor and asked for touch again; she did exactly the same as the last time, and then did the same again a number of times.  Now she eats quite well using her hands. Right after that I simply put food on a plate so she could pick it up and she would automatically feed herself.  She’s successfully feeding herself from hand to mouth for quite some time now and will even take your crisps or fries if you’re not careful (lol!). She had been able to do this before, but as soon as the professional workers started to use hand-over-hand guiding techniques she reacted negatively and stopped doing it.  This is how I built it up again.”

Review of Tag Points for Each Stage

Helps herself to food from her parents’ plates

Brilliant Example of Shaping A Behavior

This TAGteach tale is a textbook example of brilliant behavior shaping. Tink’s dad started at the “point of success,” i.e., a behavior that she was already doing. He looked at an action that might not seem very productive (Tink’s touching eyebrows) and reinforced it. Then he gently reinforced similar touching behaviors, expanded the range of those behaviors (from face to hand to toys to food) and reached his goal of Tink feeding herself. Tink experienced success and reinforcement at every step, and experienced no coercion. This shaping process gave her the choice of what, when and how long to touch different items. Also, I was interested to see that the early stages took some time, but by respecting Tink’s progress, the last part of the procedure went very quickly! Tink surprised her dad by grabbing the biscuit and feeding herself. Outstanding work by Tink’s dad, and a great step forward for Tink! Thank you for sharing. 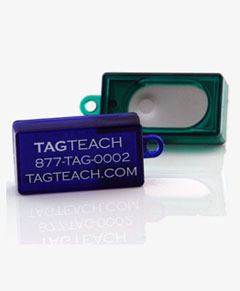 See Martha’s book about TAGteach for Autism or ask a question (with no obligation).