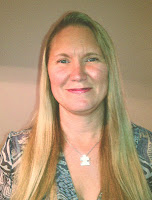 We are pleased to present this Guest Post from Lorrie Servati, autism mom and creator of the blog Nathan’s Voice.

Autism is a disorder that affects 1 in 88 children, 1 in 54 boys and a child is diagnosed every 20 minutes. Autism impairs the development of a child’s social behavior and communication, which means he or she will need the support of the people who love them. It is a journey that definitely is nothing like you would have ever imagined.

My child has had a very difficult time when it comes to interacting with others. It is hard for him to accept that anyone else might have anything important to talk about. He has had plenty of problems at school, making or keeping friends, and he has probably created an imaginary friend to make up for the lack of having any real friends. My child’s teachers and I have been coaching him on how to listen to his friends, to try to remember something about what each of them likes, and talk more with his friends about their favorite things. He has made wonderful progress over the past four years and, with daily encouragement, he continues to make an effort.

Another area that children with autism have trouble with is making eye contact with anyone. Our son would become extremely frustrated when we asked him to look at us, when we were talking to him. He would lash out at anyone who would try to console him, then, he would run out of the room screaming at the top of his lungs. It was very aggravating to watch my child as he struggled to communicate his wants and needs. During that particular time, he was overly obsessed with a red savings card from a local pharmacy and he would dig through my purse to find it. I creatively used it to help him focus on conversations, in school and on good behavior. He has improved remarkably and since graduated from that little red savings card to the intriguing world of collecting Pokemon trading cards. He eventually began to ask us for a trip to the store so he could have another package of Pokemon cards, in exchange for learning to self-regulate his behavior. It’s an amazing feeling to realize the child that was diagnosed with autism has been replaced with an older, much more mature version.

If you asked my child what bothers him the most, he would tell you that it would be having his routine messed with. He has little patience with anyone that keeps him from his daily rituals. When he has homework after school, it is the only thing that is on his mind. If I need to go to the grocery store, I have prepared a list of the items, so that we can get them and get back home as quickly as possible. He complains the whole time, as I hurriedly pick up just the items I really need. My child does not handle disruptions in his routine very well. It’s not as bad as it used to be. Anytime that we needed to go to the store, before and right after he was diagnosed, he would hit himself with both hands and scream. It was not easy for him to transition from one environment to another. Today, he may talk to himself but, it is not as embarrassing as it used to be. He understands that, if I don’t go to the store once in a while, he won’t have the things he wants like milk, chocolate syrup and shells ‘n cheese.

I have learned that, even now, I have to watch how I say certain things around my child. He is very particular in how he is spoken to. The tone of my voice means everything to him. If he is irritated, misunderstands or feels threatened by anything said to him, you had better be ready! My child is a prime example of the saying “for every action, there is a re-action”. He has the most problem with this while he is at school. If I am not present when something happens with, to, or around my child, I have to depend on his teachers to handle it, and in a way that they don’t continue to upset him. Luckily, almost all of the teachers, that he comes in contact with, have experienced my child at his worst, and have learned when to remove him from the situation before he loses control.

How do YOU “Think Differently” when it comes to autism?

Lorrie is married, has four fantastic children and two awesome grandchildren. Her youngest son, Nathan, was diagnosed with Autism Spectrum Disorders almost six years ago. Lorrie became her son’s advocate, created their Family and Friends Autism Team “Nathan’s Voice” and started volunteering at her son’s elementary school. Lorrie integrated herself into his daily educational environment by becoming a substitute teacher, getting to know the teachers and the students at his school. She started her autism blog, Nathan’s Voice, almost three years ago in an effort to document her son’s progress and share her family’s experiences with others. Lorrie is the AutismOKC.org support group leader, a new member of the Covington Registry for Who’s Who to represent the state of Oklahoma in Autism Advocacy, the Easter Seals Oklahoma Sibshop Coordinator for the workshops that just started Fall 2013 and has recently become a full-time assistant, in the self-contained autism classroom, at the local middle school. If you have any questions, or you would like more information or ideas on how you can make a difference in your local community, please email her at Lorrie@AutismOklahoma.org so that #Autism Awareness, Understanding and Acceptance can continue through YOU!! For updates on what’s happening online in the #Autism community, you can follow Lorrie on Facebook, on Twitter @NathansVoice and on LinkedIn.