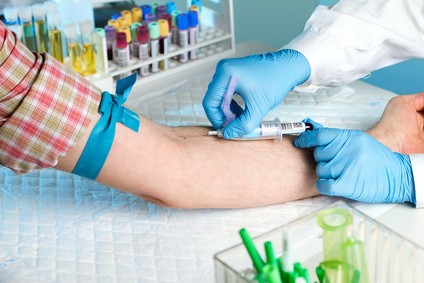 Medical procedures can be tough on kids with special needs, especially anything involving a needle. Advance preparation can help. Here’s how one dad in the UK used TAGteach to prepare his daughter Tink for some necessary but unwelcome blood tests.

How TAGteach helped the Dad

Dad Seany Pogson says, “TAGteach gave me confidence so I didn’t panic. I had been worried about it for about two weeks. TAGteach gave me a coping strategy by being able to build up my daughter’s experience to be ready for it. The nurses helped a lot too when I explained the situation to them. The nurses are there because they care. They don’t mean to cause any upset to anyone. If they had just taken her arm without her offering it, they wouldn’t have been able to do it.”

How Dad used TAGteach to prepare his daughter

I realized that perhaps if she saw someone coming towards her with something it may upset her, so I introduced a blind (a mirror). I used the mirror so that it diverted her attention to her own reflection and away from the side of the needle site, so that all she could see was her own reflection and anyone or thing coming towards her she couldn’t see. I built it up like a peekaboo game with her so she had fun with it too. First I slowly increased the time she couldn’t see the person and the needle, so at this point her arm was being held. Then I used a feather to touch her arm and built that up further with a brush, then a ball point pen, lightly pressing on her arm with it.

The reward I used was a laser pen. With the laser pen I built up her interest in it as she likes things like small dots and lines on the rug. Because I could make the dot move that got her interest and was even more rewarding than giving it to her; eventually, for her focus, she had a go with the pen as a reward.  What it showed me was that I could build up, mark, capture and shape what I wanted. Although I’m still a novice and have much to learn, it has given me that bit of foundation that I can work from.

I also used the mirror as a reward and had fun by showing her reflection and increasing it for longer times. She liked the feather too. At that point I ran out of time. I had been preparing her and doing this for two weeks. She still didn’t like the blood test, but I’ve seen her worse with hand over hand. To me, what I was doing wasn’t complex, even though I thought it would be hard. I was just tagging what I wanted and increasing it.”

TAGteach helped with the blood test

After the test was over, Dad Seany Pogson explained, “It was nowhere near perfect, and she did react but not as badly as it could have been. The practice helped. What gave me the idea was watching a TAGteach YouTube video of a lady giving her little boy his nasal spray medicine and how she made it work for him.”

Thanks Seany for sharing your great ideas!

To review, here is a list of the tag points that Seany developed to help his daughter learn what to expect at the clinic: 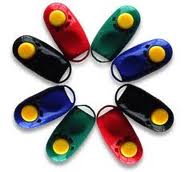 See Martha’s book about TAGteach for Autism or ask a question (with no obligation).

If you liked this post, please share it on social media via the vertical gray menu on the far right. Thank you!