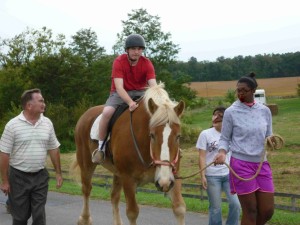 What do you do when a child with autism will not wear something that is required for safety?

This was the problem facing a therapeutic riding center with one client, an eight-year old boy with autism. The boy would not wear the safety helmet.

The rules are clear: no helmet, no horse.

Jon Luke, a determined volunteer at the center, tells how he asked for and found a solution. A boy, a horse, a happy ending. Watch this drama unfold!

The volunteer asked the TAGteach community for help

“I volunteer at an equine therapeutic riding center and am looking for some help with getting a young Hispanic boy with autism to wear a helmet. We need to have him wearing a helmet but he keeps pulling it off. Has anyone had a similar challenge and, if so, what did you do to successfully get the rider to wear the helmet?

END_OF_DOCUMENT_TOKEN_TO_BE_REPLACED

TAGteach is a great tool for dealing with those “pop-up” challenges that erupt when we least expect them.

A few days ago my teenage son (non-verbal, severe autism) stumbled in the evening when going up the stairs. The next morning he was unable to put weight on his left foot, so he hopped bravely around the house on his right foot.

We made an appointment for him right away and pulled out some old crutches for him to use. 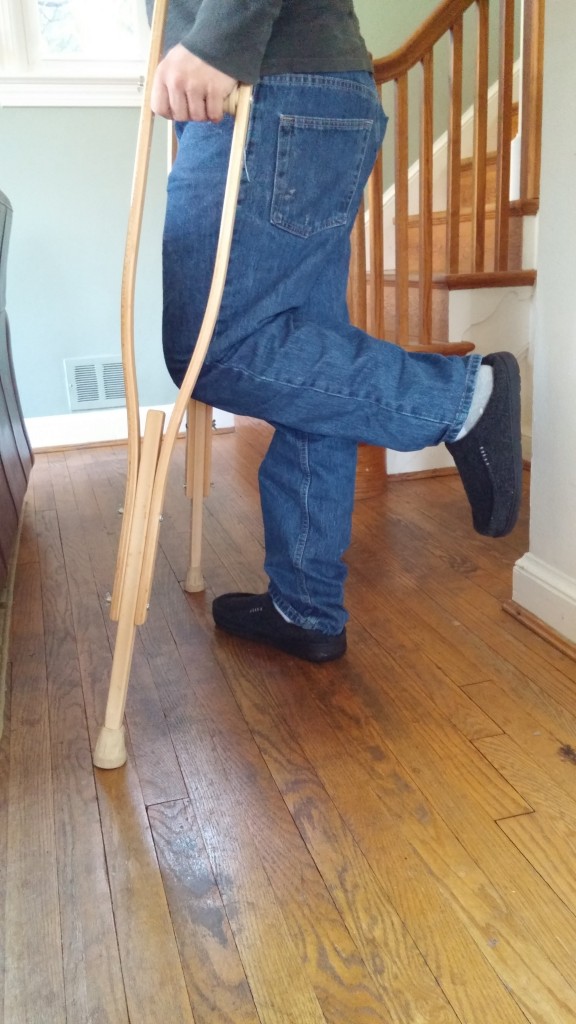 Although my son has seen people use crutches, he has never used them himself. So, I had the task of immediately, on the spot, teaching him to use crutches.

Luckily, he understood right away to place them under his arms, grip the handles, and lean on them. The part that was confusing for him was swinging them forward.

Immediately, I had my tag point: Swing crutches forward. (What you want, One thing, Observable, Five words or less). I showed him how, and after a few tags he was able to swing them forward quite well.

We hobbled off to the doctor and, after an exam and x-rays, walked out, not with crutches but with a removable padded walking cast. (Luckily, nothing was broken, only sore.)

END_OF_DOCUMENT_TOKEN_TO_BE_REPLACED 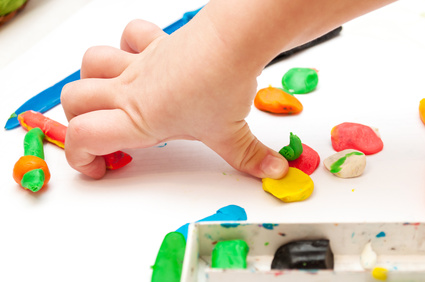 Like everyone else, our kids with autism need to develop these skills.

How can you help your child increase the strength and dexterity of her hands and fingers?

Fine motor exercises will do the job, but sometimes it’s difficult for our kids with autism to do them. Here is an expert article on fine motor skills and some practical suggestions for doing them with kids with autism.

This article by Erica Patino, of the National Center for Learning Disabilities, has proven ideas for hands-on activities to increase fine motor skills. While some of our kids with autism may be able to do these activities, others may not due to sensory or attention issues. Let’s see how to tackle these problems with the always useful and flexible TAGteach approach.

END_OF_DOCUMENT_TOKEN_TO_BE_REPLACED

Here is an example of TAGteach at work. This child is diagnosed with Asperger Syndrome. His verbal skills are good so we can tell him what the tag point is (that is what exactly he needs to do to get a tag (click sound) and a candy. A non-verbal child would learn just as fast once he understood the game.

This child is easily distracted and does not like to be asked or told do something. But he loves games!

Note that there is no talking other than to tell him the tag point. He chooses to do it or not to do it. There is no begging, cajoling, coaxing or other coercive action on the part of the coach.

This was the one and only time that we needed to tag him to go into the pool. By the end of the session he was going in and paddling around on his own. This short session of TAGteach had created a positive association with swimming and built confidence so that the activity became self-reinforcing. It took about 10 minutes and 1 small package of Skittles.

TAGteach is great for teaching kids with autism, but it started with elite level gymnastics coaching, and sport coaches for people of all ages and abilities can benefit.